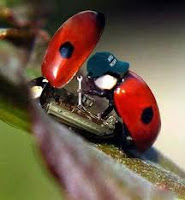 Because of constant pressure from Ruxy, Leo and Graham, and because the x32 version of Prédateur 2.2 was consistantly outplayed by Fernando Villega's Moron 1.0, I had no choice but to release this Prédateur 2.2.1 bugfix version.
I couldn't help but to temper with other things here and there, so its strength might be slightly different (more in the downside than in the upside).
(For some reasons, and because of the hurry, the Mac versions are a bit slow...)
Have fun with it and thank you all for your patience! :)

Since a little bit more than a year and a half, I've been working on a C++ "rewrite" of Prédateur. So this latest pascal version of my engine might well also be the last one, as the C++ version is getting mature and closer to delivery. This 2.2 version is most of all a speedup/bugfix release. Testers will tell, but I think the Elo boost might be bewteen +50/+100 compared with Prédateur 2.1.
The archives includes binaries for :
- win 32
- win 64
- Mac Intel
- MorphOS PPC 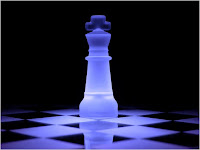 This new version of Prédateur wasn't meant to be public, as it is only slightly stronger than the prvious version (maybe +50 Elo), when I prefer to release new versions when they are significantly stronger than older ones. But it turns out that I started to rewrite Prédateur using C++ and bitboards, so I had this last pascal version sitting in my harddrive, with some improvements and bugfixes. So I decided to release it anyway. Also, it now comes in three flavors : Win32, Win64 and MacOSX (the Mac version can't "listen" to commands while thinking, so I desabled the ponder mode or it would go into an endless search, unable to answer to a "ponderhit" command). The Mac version will work with Sigma Chess and Jose, but will make Stockfish's interface crash, for some reason I don't know.

Enjoy this new release, before the new generation of Prédateur. :)

Note: this 2.1 version of Prédateur is not to be confused with the "2.1" that entered Olivier Deville's latest OpenWar, which should actually be seen as "2.0.1".

What changed since last update ?

- Prédateur now prunes a tad less, but (hopefully) in a smarter way :
it should diminish search instability and weird moves that
sometimes happened.
- memory-overuse by hash tables fixed (thanks, Joost!)
- in a general way, diminution of the memory footprint : Prédateur
now uses "only" 6 mb of non-hash memory.
- speeded up the move generator, especially the check routine
- some evaluation modifications: Prédateur should now try to
target your king a bit more... be careful!
- Mac OSX version. (Ponder mode disabled).
- some other bugs fixed, here and there.
No comments: 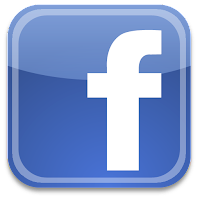 Prédateur now has a Facebook Fan Page. You can "like" Prédateur by clicking the like button on the right column, and join the Fan club page by clicking on this link. :)
No comments:

Prédateur 2.0 Released - Merry Christmas to all!! 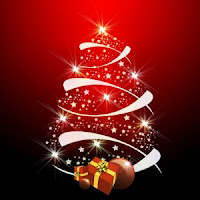 Merry Christmas to all! :) To celebrate our Savior's birth, I give you the produce of two years of episodic efforts : Prédateur 2.0.
Among improvements and novelties, you'll find :
- ponder mode added
- Internal Iterative Deepening
- "Distance to mate" pruning
- Late Move Pruning
- "avoid null-move" in the hash table
- pawn-hash
- switched from verified null move to simple null move
- no more recapture nor pawnpush extensions
- Late Move Reduction finely tuned
- devided the search into a root and branchs ones
- much smarter output (PrÈdateur won't spam you anymore)
- improved time management
- passers and backward pawns recognition added to eval (still basic)
- LOTS of bugs suppressed here and there (especially in the hash tables
management).
You can download it on the top-right of this page. If you use it on a daily basis and find it usefull, please consider showing the developer some support by hitting the "PayPal Donate" button. ;)
I wish you all a joyful Christmas 2010 and a very happy new year 2011! Have fun with Prédateur! :)
No comments:

A Logo for Prédateur

I just noticed that Dusan Stamenkovic, from the website ChessMosaic, made this nice looking logo for Prédateur. Thanks Dusan! :D
No comments:

You can now play against Predateur online, on the Free Internet Chess Club (FICS).
To do that, just go to this adress : http://www.freechess.org
There you can download an interface and register the server (you can play as a guest, too). It's totally free.
Predateur's account on FICS has ... 'Predateur' for name.
No comments: